The human problem in the «information society»

Substance of somatic code in culture

Russian fashion houses in Europe: à la russe style in the arts and crafts culture of the 1920s

Place of the State Museum of Arts named after N.Savitsky in the Eurasian cultural space

Development of the exposition of the museum-apartment of A.M.Vasnetsov from 1960 to 1996 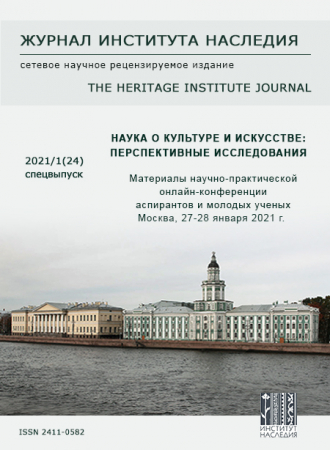